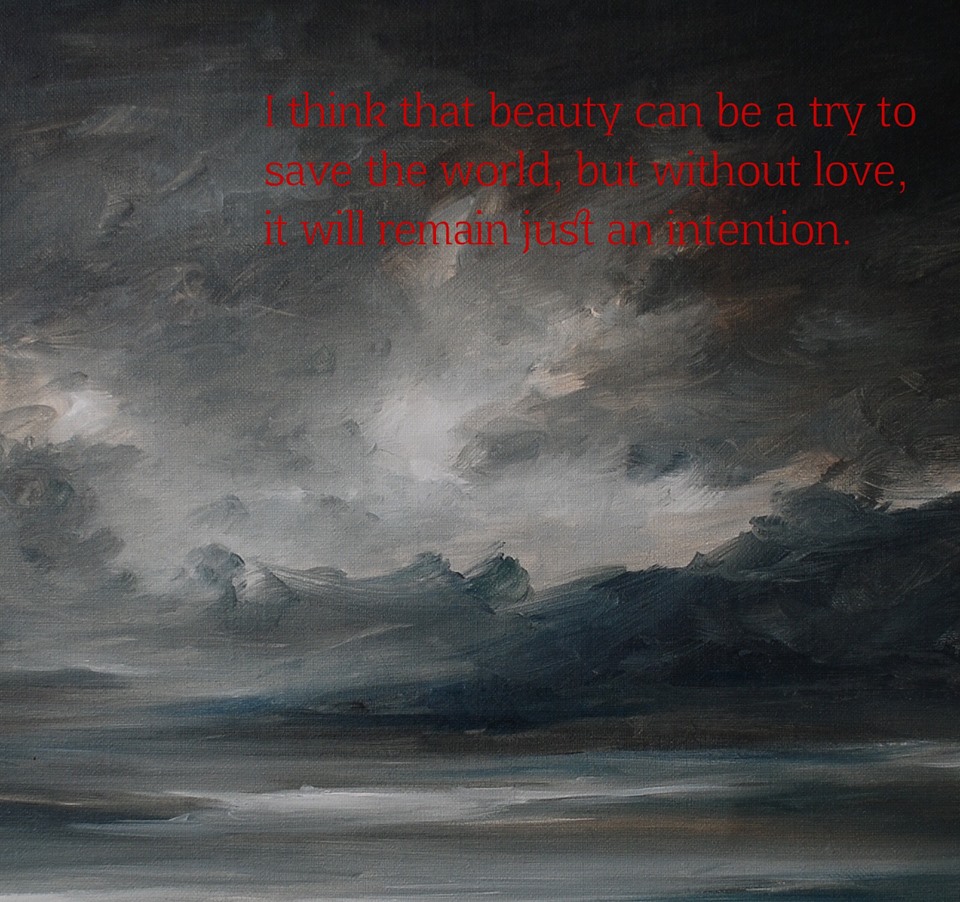 Adrian Iurco is  originally from Romania, but used to visit Belgium during last years on a regular basis. Every time he traveled trough-out Belgium, he was impressed and attracted by our hospitality and the art produced here.

It is also a fact that a lot of worldwide recognized artists live here, such as Luc Tuymans, Koen van den Broek, Daniëlle van Zadelhoff, Berlinde de Bruyckere  or  Michaël Borremans. This high density of so special artists over such a small area and the interaction with them and their art impressed, attracted and inspired Adrian.

His studio is situated in Antwerp, close to the Sportpaleis. The neighourhood is multicultural and artistic at the same time. The atelier of the artist and professor Koen van den Broeck is also in the neighborhood. It feels like a true home, as it is Adrian’s home and studio at the same time. He couldn’t imagine being between his place to work and a separate other space for living. Being able to wake up and start painting anytime in the day it is his way of life.

Adrian Iurco’s main theme is the Cloud painting series or “Cloud Project”, as he calls it, but in parallel he thinks about and explores different other themes too, that in a way are very interconnected.

He sees technical skills very useful for an artist, they are tools that allow you to explore, play and create, but in the same time they can become a trap if the main focus remains on skillfulness and to please the public.

The technical skills and knowledge for a painter are like the grammar and vocabulary for a writer! I think that if Shakespeare wouldn’t have mastered his English, he wouldn’t have been able to express himself in the way he did it.

For Adrian Iurco, the Clouds symbolise everything that unites us, they are the common shelter. We are all the same, living under the same sky, a sky with clouds with different shapes, colors, characteristics, exactly like us. In the same time he sees Clouds as self-portraits, like variations on a theme of a musical composition.

Even when I paint the same cloud in another day, I paint it differently being influenced by new experiences, new moods, new light, even I still have the same image in my mind. I see the repetition of the same element as a research and contemplation of it, as a look into myself, too.

Momentary, he keeps his chromatic very reduced, trying to take distance from the image and to go deeper into the motif, a self restraint, a probably temporary distance from the temptation of the color into the contemplative silence of the monochrome.

The Cloud Project might remain in Adrian’s thematic for the rest of his life. He sees this project developing into other stages, till probably a total abstraction at some point. For us it remains only to look after his art and to follow his journey that through the Clouds it becomes our common journey. 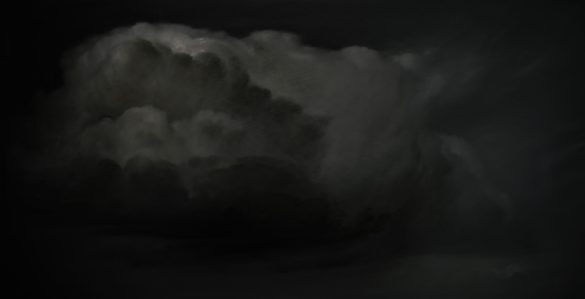 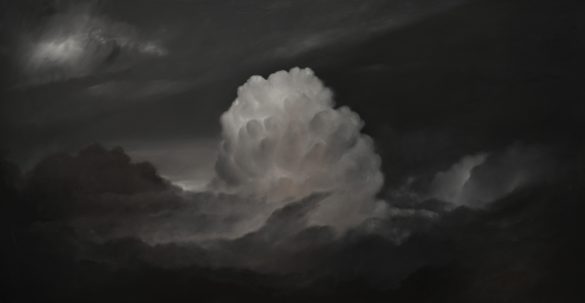 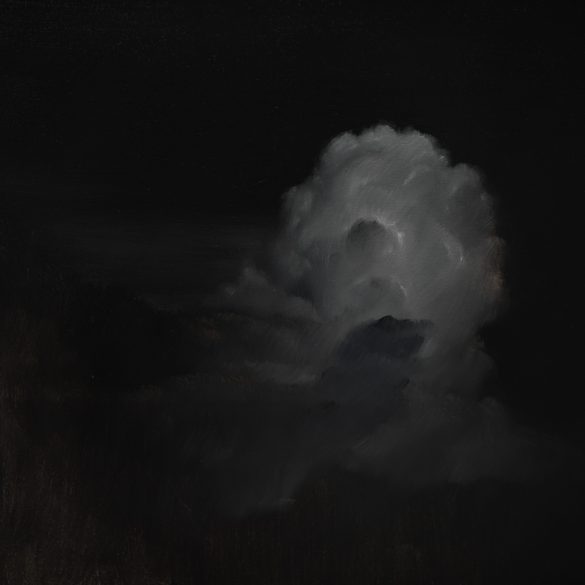